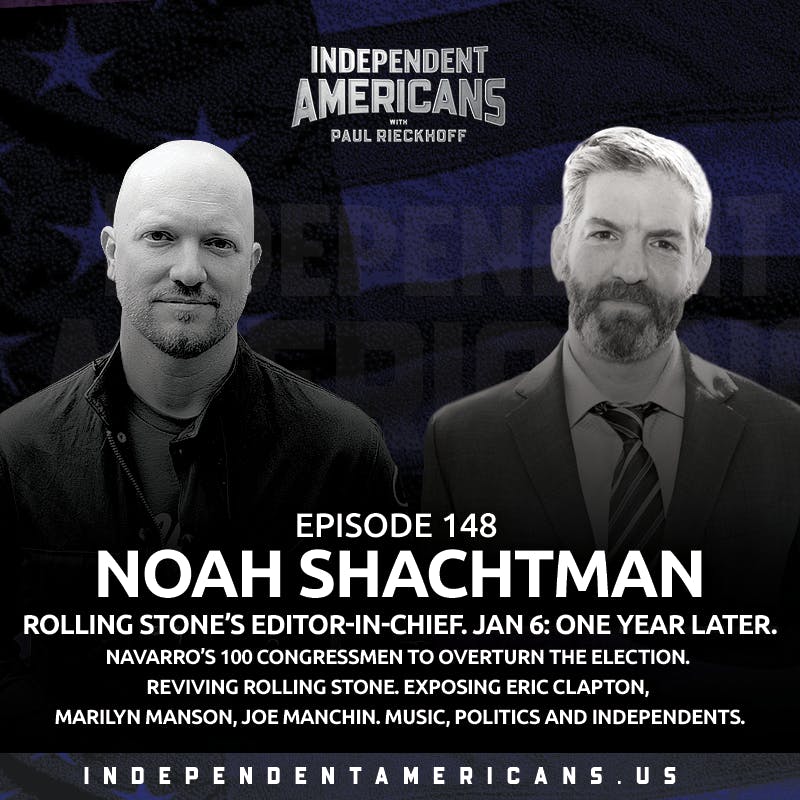 It’s a new year. It’s a new variant. It’s a new winter. And a new anniversary. It’s the first anniversary of the January 6th insurrection. And it is definitely a time to stay vigilant.

Army vet, activist and host, Paul Rieckhoff (@PaulRieckhoff) digs into all of it. And we’re joined by Rolling Stone’s new Editor-in-Chief, Noah Shachtman (@NoahShachtman). He’s tasked with reviving the iconic American magazine founded by Jann Wenner and built by the legend of Hunter Thompson. The former bass player in a ska band is now breaking stories about the insurrection, the fall of Afghanistan, sex scandals in the Army special forces and the dark history of music icons like Marilyn Manson and Eric Clapton. Their latest headline-grabbing piece on the January 6 insurrection focuses on Trump advisor Peter Navarro spilling the beans on an alleged 100 members of Congress who he says were standing by to overturn the election of Joe Biden one year ago. Shachtman joins the pod exclusively to talk about all that–and to preview a new investigative Rolling Stone piece about the insurrection and the role of military veterans set to his this week.

This latest episode is about starting the year by providing light to contrast the heat. It’s your new year’s resolution delivering a healthy dose of the 5 Is: independence, integrity, information, inspiration and impact. It’s another insightful episode to help you stay vigilant. Because vigilance is the price of democracy.

And in these trying times especially, Independent Americans will continue to be your trusted place for independent news, politics, inspiration and hope.

WATCH the full conversation in video with Paul and Noah here.

Please take our quick listener survey and get a shot at a free t-shirt!

Independent Americans is powered by Righteous Media. Find us on social media or www.IndependentAmericans.us.