150. Soledad O’Brien. The Stupid Has Infected the Media. Shooting Fireballs At Everyone From CNN to Fox to MSNBC to Joe Rogan. The Naughty Centre: Now Open for Boris Johnson, Madison Cawthorn, Joe Biden. Laura Ingraham and more. 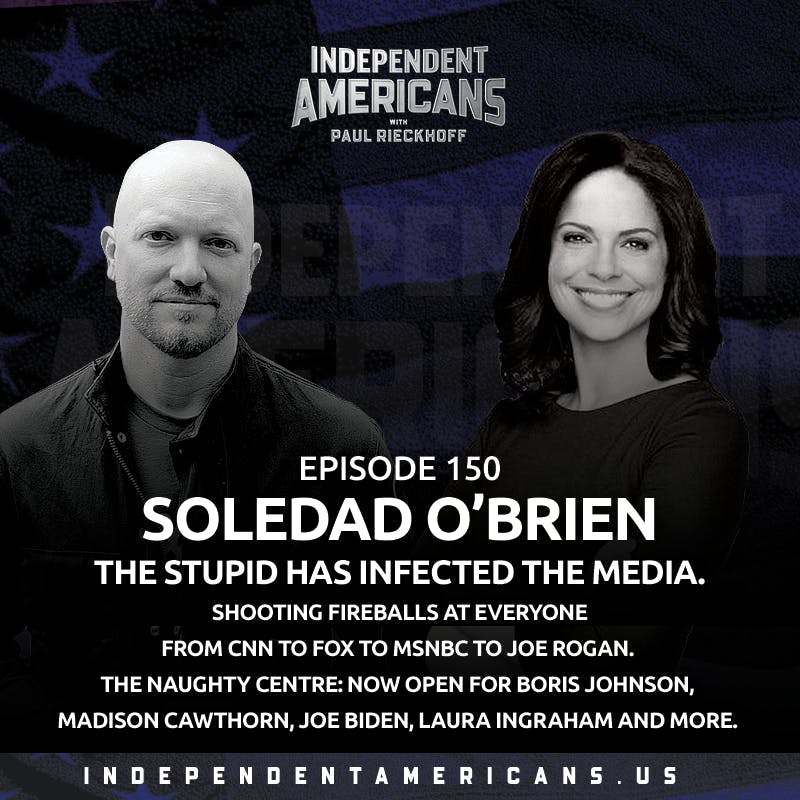 The stupid is rampant in America. It continues to be the only thing in America more contagious and rampant than the omicron variant. And it’s especially widespread in the media.

So this episode, we’re digging into it. We’re overdue for a conversation on the state of the American media. The American media that far too often fails the American people. And especially Independent Americans. We often feel politically homeless. We’ve covered that early, often and with regularity on this show. But we’re also too often homeless when looking for media. Especially when it comes to the cable news networks. Which continue to shamelessly coddle one party or the other, or, just as often, shamelessly chase the clicks, the drama, the fighting, and of course, the money. The news and political media are failing America. Partisans dominate. The two sides are constantly at war. And as our country burns, they fan the flames. They turn up the heat.

And this episode, we’re adding light to contrast the heat–and ripping into all of them. From CNN to Fox to MSNBC to PBS. And we’re doing it with a returning champion, a crowd favorite, and a lover of fireball whiskey. Our guest from way back in Episode 16 from July of 2019. Media critic, media host, and media force of nature (especially on Twitter), award-winning journalist, documentarian, news anchor, and producer, Soledad O’Brien (@SoledadObrien). It’s a blunt, smart and fun conversion that takes you behind the scenes of the highest levels of media and politics.

Every episode of Independent Americans hosted by Paul Rieckhoff (@PaulRieckhoff) provides light to contrast the heat. And every episode delivers a dose of the Righteous Media 5 Is: independence, integrity, information, inspiration and impact. This is another insightful pod to help you stay vigilant. Because vigilance is the price of democracy. In these trying times especially, Independent Americans will continue to be your trusted place for independent news, politics, inspiration and hope.

–Watch the full video of this conversation with Paul and Soledad here.

-Find us on social media or www.IndependentAmericans.us. Independent Americans is powered by Righteous Media.