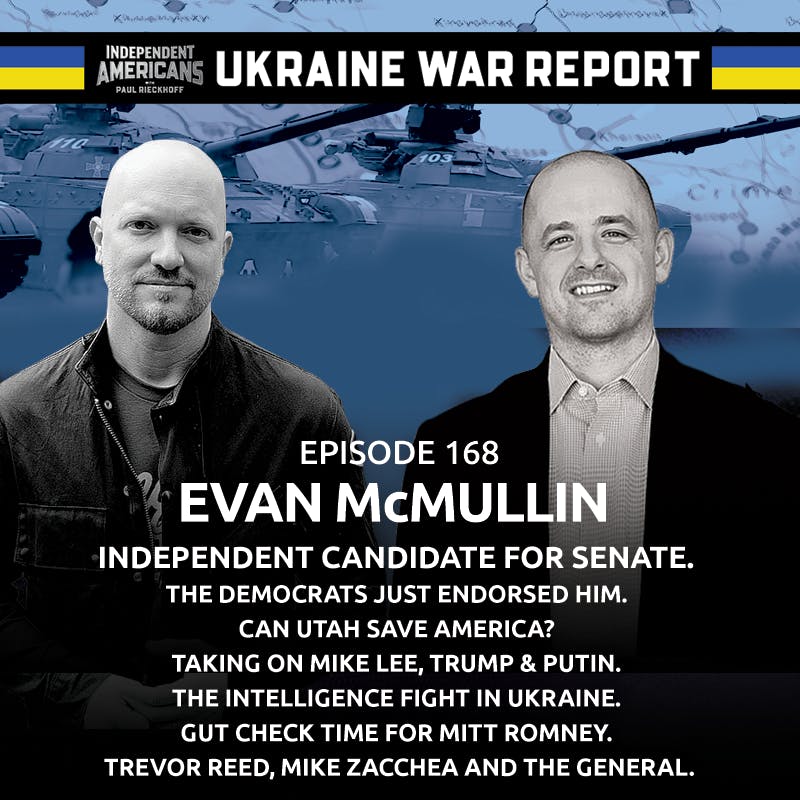 Garry Kasparov said, “easy is over.” And it’s more true by the day. The war in Ukraine is grinding on, inflation is dragging down wallets, Jan 6 revelations continue to pour out, Biden is failing to find traction, and Trump is rising again. Easy IS over. And the fight will be long. The fight in Ukraine–and the fight in the US. The war for the soul of America continues. And in 2022, the most pivotal battle for that soul is also the most important battle for Independent Americans in a generation. And it’s in Utah.

Utah is a tough place for anyone but Republicans. Trump won it in 2020 by 21 points. No Democrat has won statewide since 1996. No Dem has won a Senate seat since 1970. A Dem hasn’t received even a third of the vote in any statewide race in almost two decades. And it’s been four decades since it happened in a Senate race. Democrats can’t win in Utah. But can an independent? This fall, we’ll all find out.

Evan McMullin (@EvanMcMullin) is a patriot. And an independent. He worked in the CIA, in business, and in Republican politics. In 2016, he ran for President as an independent and got over 20% of the vote in his home state. Now, Evan’s running for Senate against Trump-supporting Republican Senator Mike Lee. And it’s gonna be a hell of a fight.

February polls showed Lee at 34%, McMullin at 24% and Dem Kael Weston at 12%. But, now, Weston is out. In an exceptionally rare move last week, the Utah Democratic party endorsed McMullin–rather than their own Dem candidate. McMullin now has a chance to win. This year, he is the face for independents everywhere.

After joining us in Ep 101, he’s back. Now as the independent with the best chance of winning a Senate seat, dealing a blow to Trump, and changing the face of American politics, he’s back to chop it up with our host, Paul Rieckhoff (@PaulRieckhoff).

They go deep, breaking down Evan’s strategy to win, Lee’s ties to Putin, and why you should care if you don’t live in Utah. He shares his thoughts on Ukraine as a former CIA intel officer and if he wants Mitt Romney’s endorsement. You can only get this kind of candid conversation here.

And speaking of content you’ll only get here, we’ve got a quick round up of national security news that the legacy media won’t touch. Like Marine hero Mike Zacchea losing his fight to cancer, Marine Trevor Reed being freed by the Russians, and Dispatch singer Chad Stokes supporting Ukraine. They’re helpers. And we salute them.

Every episode of Independent Americans is independent light to contrast the heat of other politics and news shows. It’s content for the 42% of Americans that call themselves independent. And delivers the Righteous Media 5 Is: independence, integrity, information, inspiration and impact. Always with a unique focus on national security, foreign affairs and military and vets issues. This is another pod to help you stay vigilant. Because vigilance is the price of democracy. In these trying times especially, Independent Americans is your trusted place for independent news, politics and inspiration.

-Get extra content, connect with guests, events, merch discounts and support this show that speaks truth to power by joining us on Patreon.

–Get the cool St Javelin t-shirt Paul mentioned (and wore in this pod) and support Ukraine.

-Hear other Righteous pods like The Firefighters Podcast with Rob Serra, Uncle Montel – The OG of Weed and B Dorm.