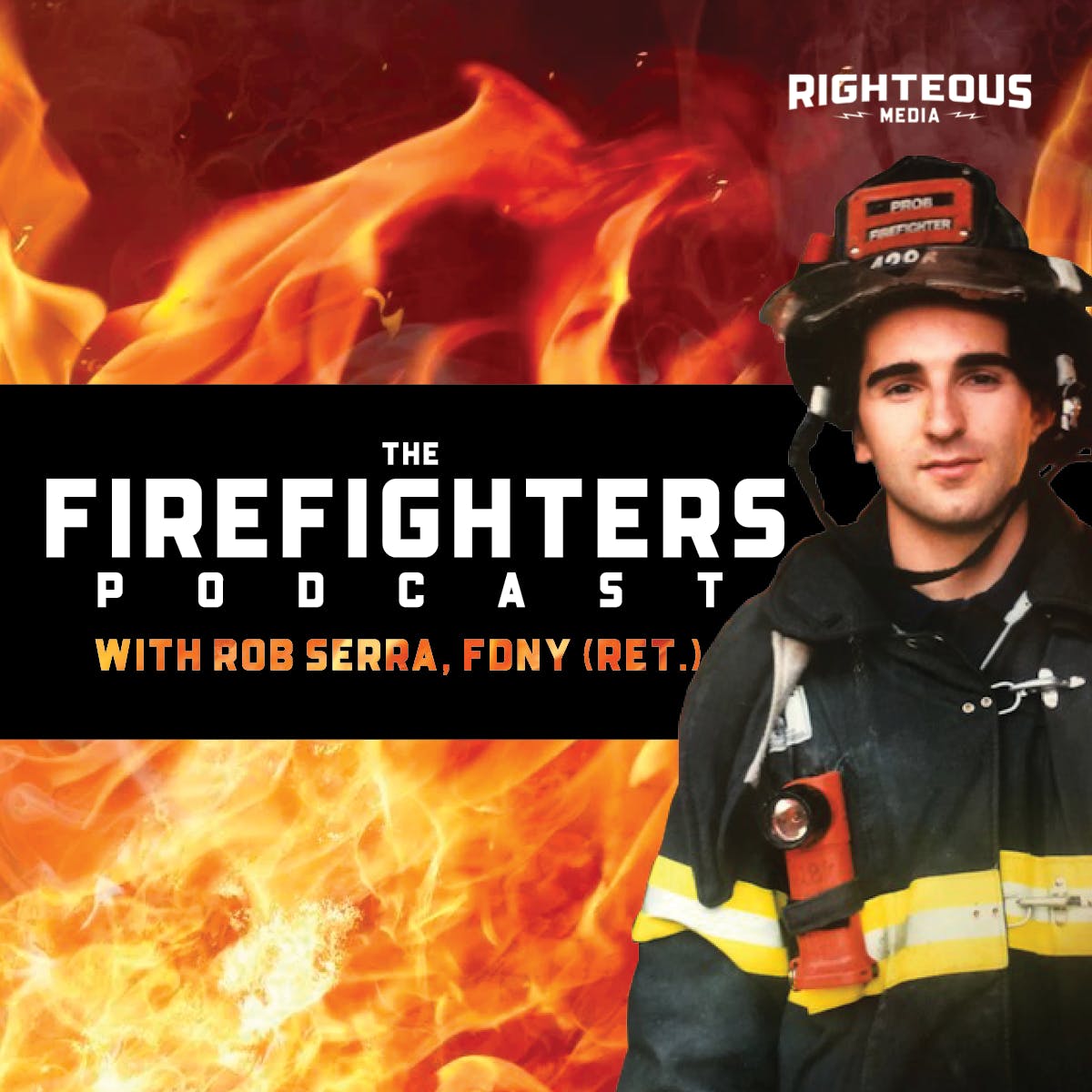 NEW YORK, NY: In advance of the 20th anniversary of 9/11, Righteous Media (the independent media company behind Independent Americans with Paul Rieckhoff and Everybody & Their Mother Has a Podcast) is proud to announce the launch of a powerful, inspiring new podcast:

Hear or watch the trailer now:

And listen to Episode One and/watch video clips of The Firefighters on the show website now here. 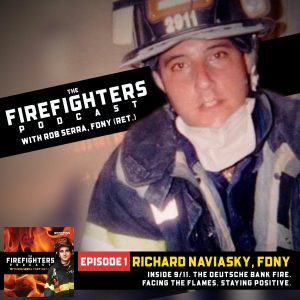 Bold. Fascinating. Funny. Fiery! First-responder Rob Serra brings the heat. Rob is one of the most powerful advocates for firefighters in America–and a true bad-ass. He’s run into fires, lobbied members of Congress, attended events at the White House, stood with Jon Stewart, and represented the voices of his fellow firefighters in media ranging from CNN to Fox News to ESPN. A former FDNY hockey player and father of three, Rob is a blunt, brilliant and funny leader who will warm your heart and spark a fire in your belly. And he’ll share harrowing stories, profound life lessons and unforgettable mantras that’ll help you fight the fires happening in your life.

Rob has a true sense of duty deep in his DNA. Generations of his family have served the City Of New York in different capacities, and he is the fourth member of his family to serve in the FDNY. He was born and raised in Staten Island, NY and his first day in the field as a firefighter was September 11th, 2001. Although not scheduled to work that day,  Rob sprung into action and reported to the World Trade Center to help with the aftermath of the attacks.

After a short, but action-packed career, he was forced to retire in 2012 because
of illnesses caused by the toxins at Ground Zero. Soon after, he began speaking out
on social media and organizing his fellow first-responders to raise awareness for
the impending expiration of the James Zadroga 9/11 Health and Compensation Act.
In 2015, after Congress allowed the bill to expire, Rob joined other advocates and lobbied in Washington for a permanent extension. Using the experience he gained
while interning for a Member of Parliament through the University of London,

Rob quickly made his presence known. And in December 2015, after tremendous pressure from Rob and other advocates, Congress extended the health care portion
of the bill for 75 years.

In late 2018, Rob rejoined the team of advocates and began lobbying for a permanent extension of the VCF. He worked his way up the ladder to a leadership position and would go on to lead hundreds of meetings in Washington–clashing with the Mayor
of NYC, Senators of both parties and the President himself. Along with others,

Rob would help get the VCF extended until 2090 with complete bipartisan support.
He can be seen standing next to President Trump at the White House as he signed
the historic bill into law.

Serra suffers from a slew of 9/11-related illnesses as well as injuries he sustained while fighting fires.  While his body may be disabled, he remains dedicated to using his voice to advocate for 9/11 first responders and survivors. He says, “My hands might shake, but my voice never will!” Rob now lives in New Jersey with his wife Kristen and their three children.

In every episode of The Firefighters Podcast, Rob will take you inside the dangerous world of firefighting. From skyscraper collapses in Manhattan, to wildfires in the California mountains, to hurricanes in Florida, The Firefighters will take you deep inside the latest emergency capturing the attention of the world. Rob dive into the latest news impacting this heroic community, he’ll have deep conversations with heroic firefighters from around the world, he’ll talk to celebrities and others supporting the firefighters community, and he’ll share recipes from inside firehouses across the country–with a cooking segment co-host, his 10-year old daughter, Frankie.

Episode One features 9/11 hero firefighter Richard Naviasky. Over a 20 year career
at the FDNY, Rich saw some rough things. The kind of things that stick with you.

From the chaotic morning of 9/11, to the deadly 2007 Deutsche Bank fire that killed
two firefighters and injured more than 100, to the horrific 2017 Halloween terrorist truck attack that killed 8 people and slammed into a school bus, Rich has been on the scene at some of the most harrowing FDNY fire calls of the last two decades. He’ll take you inside the hardest days, he’ll share heartbreakingly graphic detail, and show you the magnitude of the decisions required of these incredible men and women. He will also leave you inspired by his fortitude, his heart and his example of selfless service.

Rich also speaks bravely out about the health effects he suffered as a result of exposures while on the job. And while he’s honest about the problems he’s faced,
he’s not letting it hold him back. And his attitude is an inspiring look at how you handle adversity. It’s a conversation you’ll never forget—and a powerful start to the new podcast that’s about much more than firefighting. It’s about courage, leadership, overcoming adversity, love and survival.

Produced by Righteous Founder and President, and 9/11 First Responder, Paul Rieckhoff and Creative Director, Chris Rosenthal, you can hear Episode One of The Firefighters for free now anywhere you get podcasts Apple Podcasts, Google Podcasts, Amazon, Spotify, Stitcher, TuneIn Radio, or on the show website here.

Righteous is the media company for independent and unaffiliated Americans and a rising force in new media content and community. Focused on news, politics and culture, and founded by renowned veterans activist Paul Rieckhoff, Righteous powers innovative podcasts, video, television and film titles including Independent Americans with Paul Rieckhoff, Everybody & Their Mother Has a Podcast, The Dispatches, While the Rest of Us Die on VICE TV and more. Righteous is built around 5 core values—
“The Righteous 5 I’s”: independence, integrity, information, inspiration and impact.

Righteous is built around a simple principle: news and politics is important and interesting. And it should be independent. It doesn’t have to be the tool of one political party or the other. It can be patriotic without being extreme. And it doesn’t have to suck. It delves into music, sports, and parenthood. It can be fun. Especially with the massive heaviness of the terrible news happening in America right now, we all need a dash of levity. Enter Righteous. See more and join the movement at www.Righteous.us.