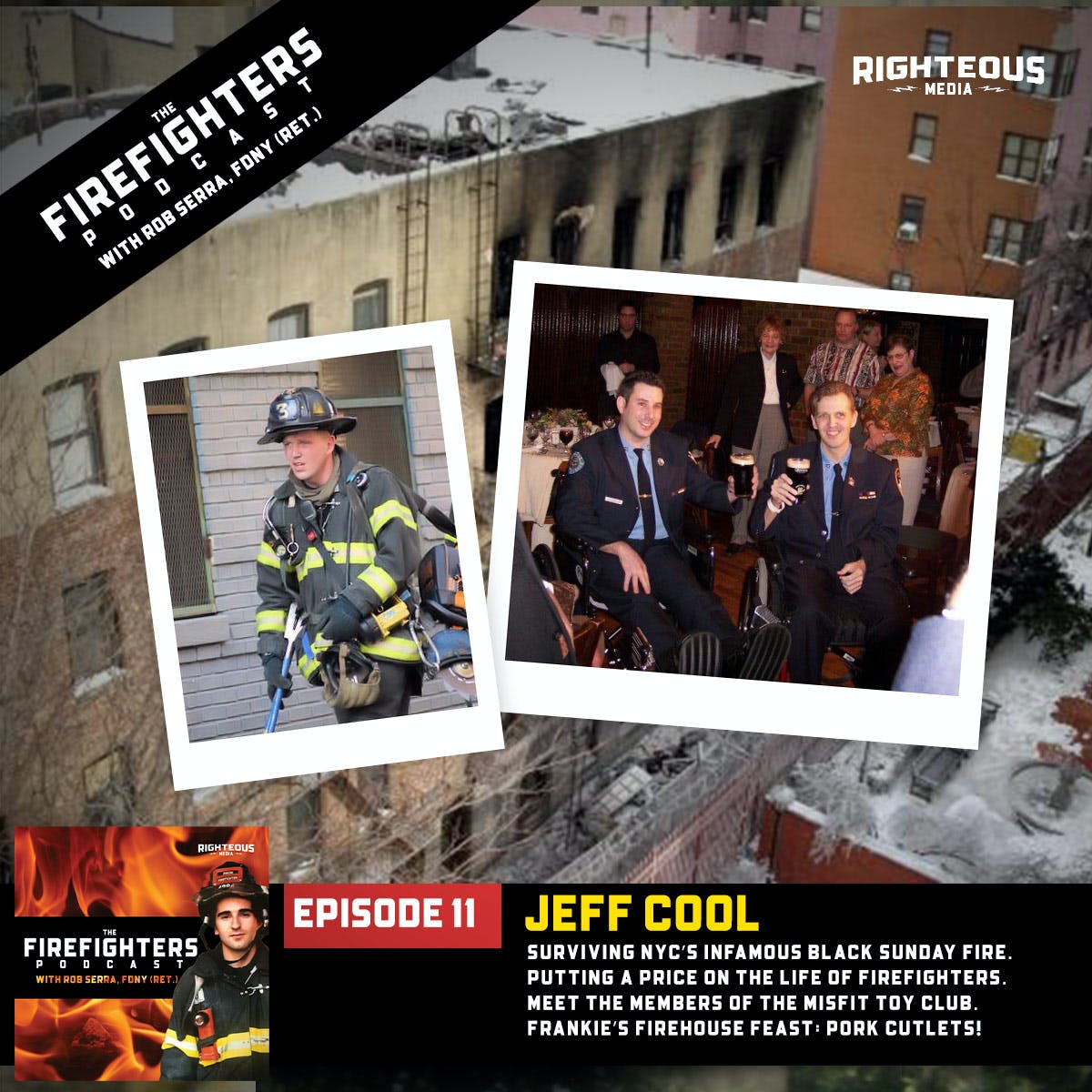 Welcome back to the hottest podcast in America, literally. Hosted by FDNY Hero and renowned advocate for firefighters, Rob Serra.

Some days everything goes wrong. Sunday, January 23, 2005 was one of those days. At 7:59AM three alarms were called. The FDNY’s Engine Company 42, Ladder Company 33, Ladder Company 27, and Rescue Company 3 all responded. What should have been a textbook fire, turned horribly tragic when six firefighters became trapped in a burning maze of illegally constructed tenements. They were forced to jump from the windows. John G. Bellew and Lieutenant Curtis W. Meyran died trying to escape and Brendan Cawley, Jeff Cool, Joe DiBernardo, and Gene Stolowski, were all severely injured and forced to retire as a result of their injuries.

Jeff Cool shares his heroic story of what happened that day, and the challenges he’s faced since. It’s a harrowing story. And he was one of the lucky ones. And when you hear what could have prevented the tragedy, it will leave you shocked and angry. But we’re not going to back down. It’s a fight that we’re going to keep fighting.

If you’re one of America’s Firefighters, a first responder, or the family or a friend of one, this is your new home.

Are you a firefighter that has a great story to share? Send it to us at info@righteous.us.

And be sure to visit thefirefighters.us for videos, Firefighters merch and more great content.

You can also watch video of this show with Jeff and Rob on the Firefighters YouTube page. The Firefighters Podcast with Rob Serra connects, informs and inspires–and is powered by Righteous Media. On social media or www.thefirefighters.us

A special thank you to our sponsors, Rocky Boots. They make gear that’s a must for any firefighter especially. Check em out at rockyboots.com.