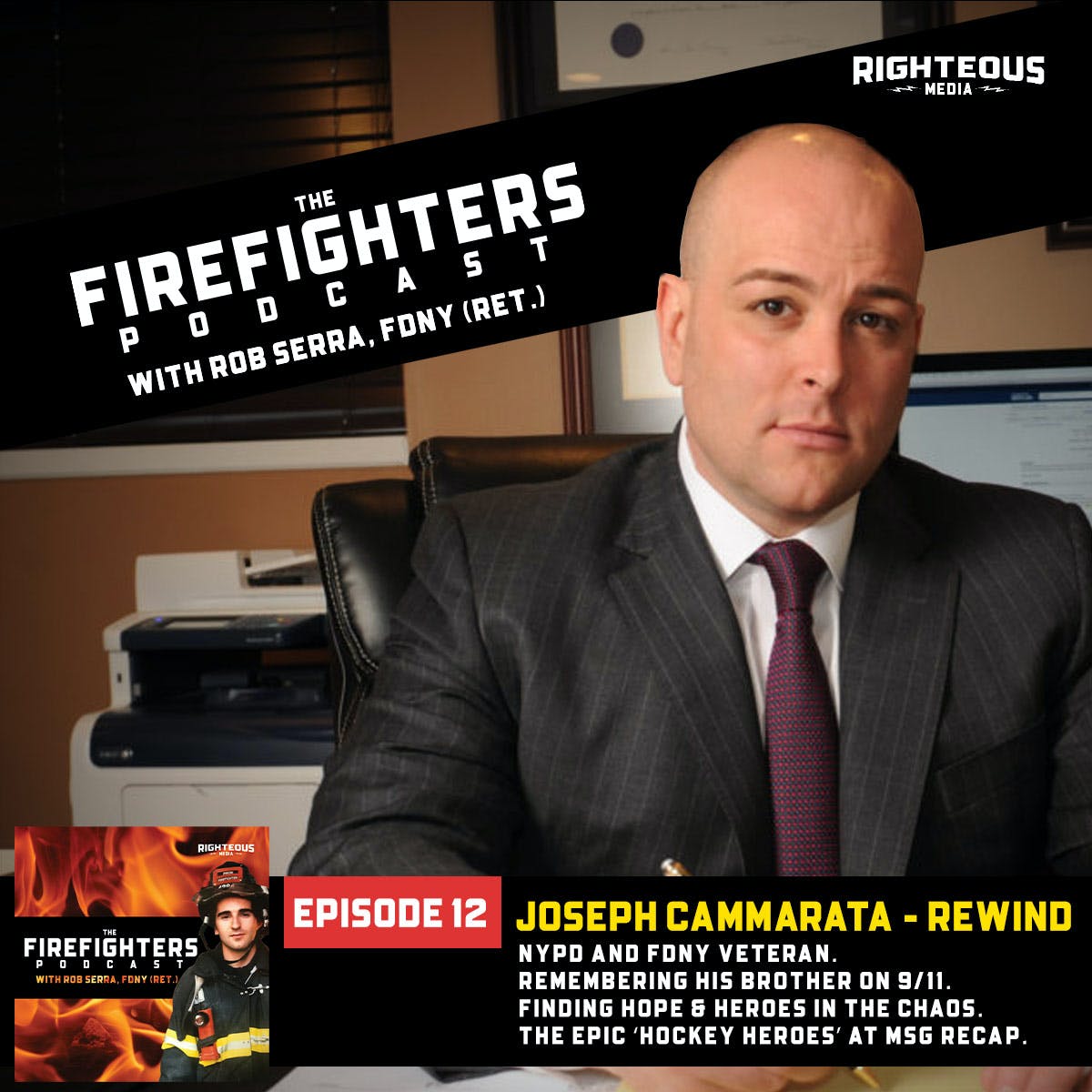 Before 2022 hits, here’s a holiday, end-of-year rewind to a fan favorite. Episode 2 with Jospeh Cammarata from just after the 20th anniversary of 9/11.

Welcome back to the hottest podcast in America, literally.

The second episode of the Firefighters Podcast with Rob Serra, FDNY (Ret.) returns to the day of September 11, 2001 as former FDNY and NYPD and current attorney Joseph Cammarata joins Rob to share his memories of the brother he lost on that horrible day. Their family was dedicated to service and it shows and these are the kind of people we’re going to celebrate here. The real heroes. The helpers.

We’re also going to take a look back at the epic annual Hockey Heroes charity match between FDNY and the NYPD hockey teams. It aired to a national audience—and was an excellent game. The good guys won, but no one really lost.

Host Rob Serra (@SerraRob) is America’s leading advocate for firefighters and first-responders. A renowned activist, technical expert and father of three, Rob was born and raised in Staten Island, NY. He began his firefighting career with the FDNY and his first day in the field was September 11th, 2001. While he was not scheduled to work that day, he, along with thousands of others, reported to the World Trade Center to help with the aftermath of the attacks.

The 20th anniversary of 9/11 was a time for reflection, a time for remembering. Never forget isn’t just a hashtag. And we won’t forget. And if you’re one of America’s Firefighters, a first responder, or the family or a friend of one… this is your new home.

You can also watch video of this show with Joseph Cammarata on the Righteous YouTube page. The Firefighters Podcast with Rob Serra connects, informs and inspires–and is powered by Righteous Media. On social media or www.thefirefighters.us